Vitamin B12 Injections: Cyanocobalamin vs. Methylcobalamin

Vitamin B12, medically known as cobalamin, is one of the components of the vitamin B complex. Cobalamin is vital for proper functioning of the nervous system and for the creation of blood cells. Though cobalamin can be obtained from food or supplements, improper absorption in the small intestine can lead to a cobalamin deficiency in some people.

In this case, or for those who would simply like additional cobalamin, vitamin B12 injections are available. However, there are two different types of cobalamin: cyanocobalamin and methylcobalamin. Before getting an injection, you should know the difference between these two types.

The Difference Between Cyanocobalamin and Methylcobalamin

Because it is cheaper to produce, cyanocobalamin is the type of B12 most often found in vitamins and dietary supplements. It is not naturally occurring and can only be made in a laboratory. Since cyanocobalamin contains cyanide, a substance that is not intended to be used in the body, cyanocobalamin must be broken down and converted. The body naturally tries to convert cyanocobalamin into methylcobalamin by removing the cyanide donor and attaching a methyl donor. This must be done before the compound can be used as vitamin B12 by the body.

The human body naturally has a supply of methyl molecules, typically used for a process called methylation. Methylation is a normal function of a healthy body. It is important for stabilizing free radicals and detoxification, which keeps the body healthy and illness-free. Consumption of methylcobalamin replenishes the body’s supply of methyl molecules, whereas consumption of cyanocobalamin depletes the supply of methyl compounds. For this reason, cyanocobalamin can have an adverse effect on one’s health by using useful methyl compounds that are needed for other purposes. Thus, the body unnecessarily uses energy and resources converting cyanocobalamin into a biologically useful form of vitamin B12.

Methylcobalamin not only replenishes the body’s supply of methyl molecules, it also does not need to be converted before it can be used. That is because methylcobalamin is the purer, naturally occurring form of vitamin B12. Methylcobalamin can be absorbed and used by the body immediately. This is particularly true when methylcobalamin is injected because then it can bypass the absorption process in the small intestine and can be immediately used by the blood to make more cells or carried to the nervous system where it also plays an important role.

Check Before You Buy

Before you get any sort of vitamin B12 supplement, make sure you know what you are getting. Most multivitamins and oral supplements use cyanocobalamin. Though this can be effective for some people, it can cause problems for people with methylation problems. Methylcobalamin is the purer, biologically-preferred version of vitamin B12 that is naturally found in food. For people with nutrient absorption problems in the small intestine, vitamin injections may be a sensible option to ensure you are getting all the nutrition your body needs to be healthy

Vitamin B12 Injections vs. Oral Pills

Lipotropic Injections: The Best of Both Worlds

Benefits of B12 Shots

Side Effects of B12 Shots

How to Purchase B12 Injections 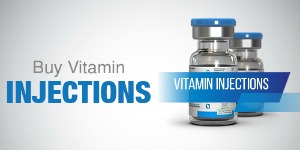